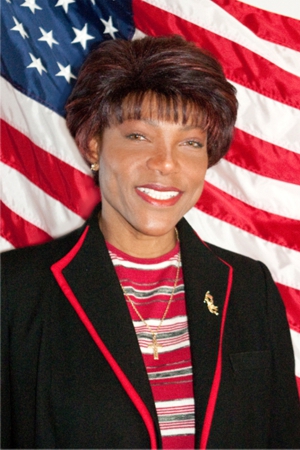 My name is Virginia Fuller.  I am a registered nurse by profession, and was trained in The Netherlands, Europe,

I immigrated to the United States in 1976, and gained my citizenship in 2000.  For nearly 38 years I lived in California, but I am now happily a transplanted Floridian for the last two years. I am a divorced mom of two adult children who are both well-educated college graduates and model citizens.

I became a child advocate after I observed the shortage for quality long-term nursing care for children, while working as a staff nurse in the rehab unit at Children’s Hospital Oakland, CA. I observed first-hand, the inequality and limited access to long-term care for poor and minority children.

In 1989 I established and operated two pediatric care facilities. One was a 24-hour Emergency Shelter Home for abused and neglected children located in Oakland, CA. The other was an Extended Nursing Care Facility in Richmond, CA, licensed by the State Health Department. As a Black Christian, small business owner, I was the target of discrimination, boycott of my business, libel and slander in this predominately liberal region. This was a rude awakening for me.  Up until then I had been a-political. Consequently as a result, I became a political activist in 2000 when I closed the business.

Like many hard working Americans, I too grew more and more dissatisfied with the lack of leadership out of Washington:

That was impetuous to run for office three times against a political hack, who demonstrated for 40 years that he was out of touch with a significant segment of his constituency. Though he was born in Richmond, CA (in West Contra Costa County) and served as Chair of the Federal Subcommittee on Education, he allowed the public schools in the West County to deteriorate to the lowest in his whole district, while always voting against school vouchers, and thus denying these children a proper education, and a way out of poverty.   His children, of course, didn’t attend those dangerous schools.

He also believes that we, the subjects, should be grateful that he saddled us with his signature bill, called Obamacare. The new healthcare law however does not apply to him; also many of the proponents of Obamacare were exempt.

Before he hastily resigned from feeding at the public’s trough two years ago he was drafting a bill to allow Washington to confiscate our 401K plans under the pretense that we, The Subjects, need to be protected from unscrupulous businesses. Good riddance to this career politician!

As your Congresswoman, I will be honored to serve you, and I am looking forward to be a valuable member of the 116th Congress. President Trump needs more America-loving patriots to help him serve the American citizens with honor and drain the swamp in Washington DC.

In my profession, I never participated in activities that would cause the death of a fetus. California made it legal, through a law signed by a former RINO governor, for school staff to load up under-aged girls in Jr. High & High Schools onto school buses, to have abortions performed at the Planned Parenthood abortion mill on Hilltop Mall, a predominantly minority community, without the knowledge of their parents.

Every Wednesday, the day Planned Parenthood designated to murder not-yet-born American citizens, I would be there to protest the genocide of the Black race. Often, I was the only one on the picket line. No cameras; just me and my God, and many huge picket signs that I had secured to the tree-lined streets surrounding the abortion mill. No one can convince me that Democrats are genuinely concerned about the welfare of illegal children when they promote and glorify the murder of unborn American children.

I have integrity and will maintain loyalty to my constituents and to the U.S. Constitution.  I am a proud immigrant; a patriotic citizen with common sense and real life experiences.  My soul is not for sale.  I am running for a congressional seat as a citizen legislator, not a politician/lawyer!   I rely primarily on the generosity of ordinary Americans like you, albeit in volunteer hours or monetary donations.

If you are a proud American Citizen and believe in our rights under the 14th Amendment, being superior to the LIMITED powers granted to the Federal government, under the 10th Amendment of the U.S. Constitution, may I count on your support?

Thank you in anticipation, and God Bless.