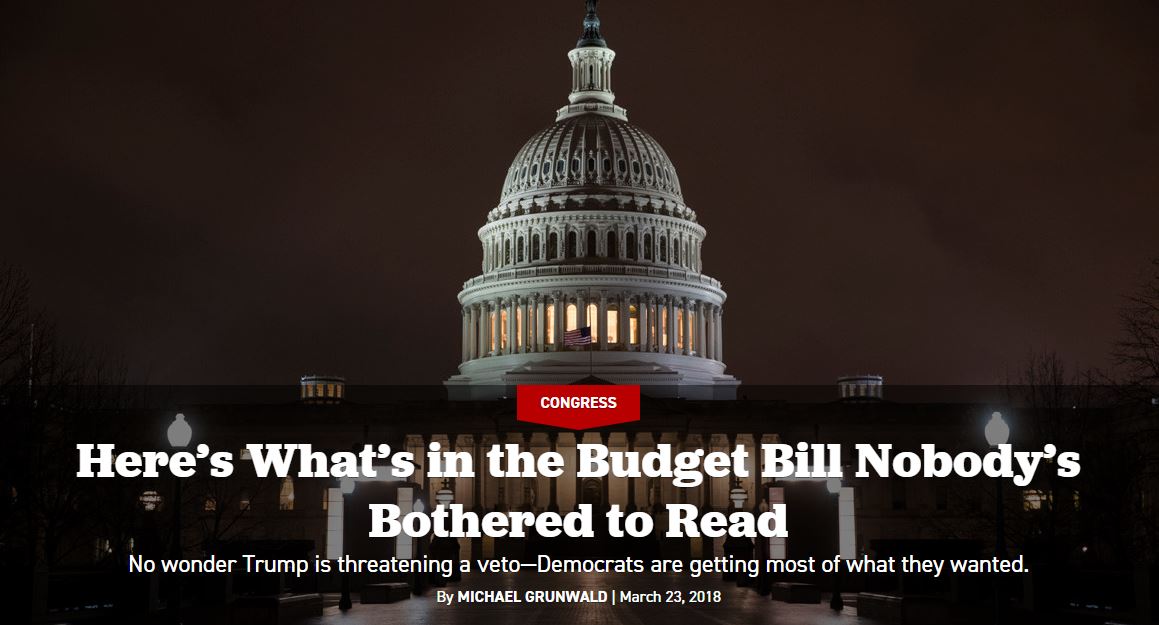 Now the Republicans who control Congress have passed a $1.3 trillion omnibus spending bill, and it not only protects Obama’s priorities, it expands them. It does far less for Trump’s stated priorities, and while his administration endorsed the bill Thursday, he tweeted a veto threat and expressed some apparent buyer’s remorse Friday after it passed.

The omnibus—Capitol Hill jargon for a single spending bill that funds most government functions—does not kill any of the programs or agencies Trump’s budget proposed to kill; it triples funding for TIGER, nearly doubles CDBG, and boosts ARPA-E’s budget by 16 percent. Trump wanted to slash the Energy Department’s renewables budget 65 percent; instead, Congress boosted it 14 percent. Trump proposed to keep nonmilitary spending $54 billion below the congressional budget cap; the omnibus spends right up to the cap, a $63 billion increase from last year.

Read the rest of this article…